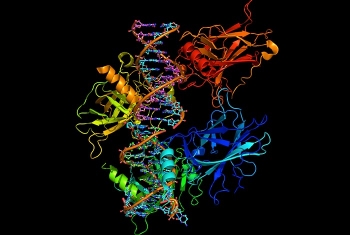 Mutations in p53 are associated with many forms of cancer. Dr. Nir London—an expert in computational and experimental methods for drug discovery—has shown how p53 mutations associated with an aberrant form of the amino acid cysteine can be selectively targeted by drug compounds.  He and his team discovered and optimized a series of compounds that potently and selectively label the oncogenic cysteine mutation R273C in p53—the first compounds to bind p53 in such a mutation-specific manner. The researchers are currently working to see whether their compounds can effectively ‘fix’ the mutated p53, so that it starts working properly again. 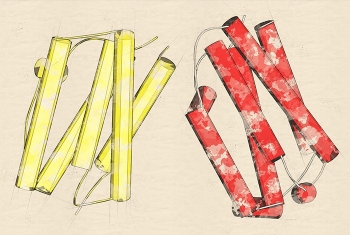 A new player for HIV treatment

In the early stages of viral infection, proteins called type 1 interferons (IFN) serve as the body’s first line of defense. However, because such proteins can trigger harmful inflammation, type 1 IFN is generally not included in the drugs used to treat HIV. Research by Prof. Gideon Schreiber has demonstrated that, in the early stages of HIV infection, type 1 IFN activity serves a critical protective role. His findings, achieved in an animal model of the disease, shows that removing the “harmful” IFN functions, even for just a short period at the onset of HIV infection, can have devastating and permanent consequences in shaping the course of the disease. 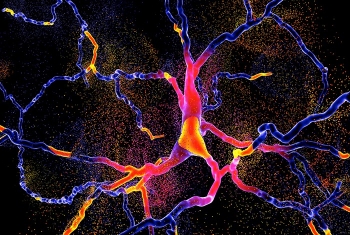 Investigating how genes are activated, Prof. Rivka Dikstein is examining a protein complex called Spt4/Spt5. This complex is involved in the transcription of genes that, in their underlying sequence, are characterized by lengthy stretches of repeated patterns—a hallmark of neurodegenerative conditions including Huntington's disease (HD), amyotrophic lateral sclerosis (ALS) and frontotemporal dementia (FTD). Because the activation of Spt4/Spt5’s transcription-promoting activity depends on an enzyme called Pol II, Prof. Dikstein theorized that Spt4/Spt5-Pol II binding could serve as a target for a drug-based intervention. Working together with Staff Scientist Anat Bahat, Prof. Dikstein has positively identified some 150 that inhibit Spt4/Spt5-Pol II binding. As very few of the compounds identified in this screening process are found in the library of FDA-approved medicines, Prof. Dikstein’s approach is revealing new, under-explored avenues of drug discovery. 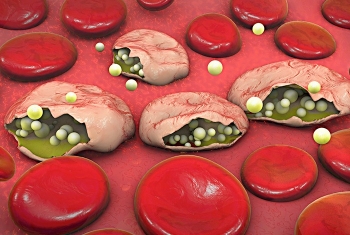 The discovery several years ago of a molecular interaction between the malarial protein RH5 and its human receptor basigin — an essential step in the process of by which the malarial parasite enters and infects red blood cells and vessels — raised hopes for the eventual formulation of an effective anti-malaria vaccine. However, because the affinity between RH5 and human basigin is very weak, treatment would require injecting a large amount of basigin into the patient, something that is both expensive and dangerous. Using computational, molecular modeling, and biochemical tools, Dr. Sarel Fleishman and Dr. Neta Regev-Rudzki have developed a mutant of basigin that binds to RH5 with 2,000 the affinity of its natural human counterpart. This approach may eventually enable the creation of an effective anti-malaria vaccine capable of blocking red blood cell invasion by the malaria parasite. 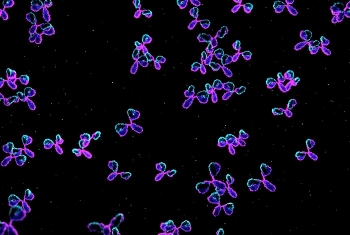 The work of Prof. Ami Navon focuses on designing and producing therapeutic antibodies for clinical treatment. In research that is helping to address problems related to antibody binding and efficiency—and is helping to ensure that designed therapeutic antibodies do not trigger an undesirable immune response—Prof. Navon and his team have created organic “scaffolds” that mimic the three-dimensional structure of the target protein. This scaffolding helps antibodies bind to their protein targets more effectively. As proof of concept, Prof. Navon and his team are attempting to produce antibodies against CTLA4 and PD1, two related targets involved in the activation of the immune response that have been approved for treatment of melanoma. 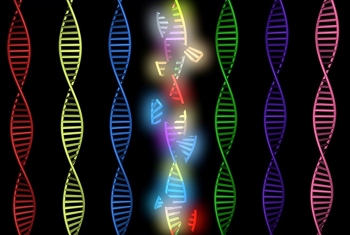 Integrity of ones genetic code

As part of a Weizmann Institute partnership with Clalit Health Services, Prof. Zvi Livneh is examining the factors that allow a person’s cells to maintain the integrity of their genetic code. Using Clalit’s large database of electronic medical records, Prof. Livneh and his colleagues are studying data from 500 pairs of twins, combined with the prospective collection of blood samples for tests that his team has developed for measuring personalized DNA repair. This project is expected to reveal unexpected associations between factors—such as enzyme activity levels, the presence of certain hormones, and drug interactions—that contribute to genome instability, and could potentially serve as targets for new strategies for treating various disease conditions. 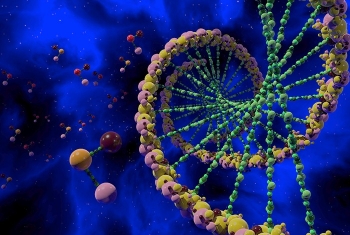 Prof. Rotem Sorek of the Department of Molecular Genetics has developed a high-throughput approach to the discovery of factors that regulate bacterial gene expression —specifically, those genes that, in their active state, contribute to antibiotic resistance. Focusing on riboregulators—RNA elements that, in the presence of specific molecules, trigger the premature termination of protein production—Prof. Sorek detected a number of riboregulators that control the activation of genes involved in antibiotic resistance. In another area of his research, Prof. Sorek studies CRISPR-Cas—a natural system by which bacteria defend themselves against invading viruses, and the basis of a powerful tool for gene “editing” by scientists. His research has demonstrated that, during the course of infection, viruses use small molecules to communicate among themselves and “coordinate” their attack—a realization that may provide a path toward a new class of anti-viral drugs. 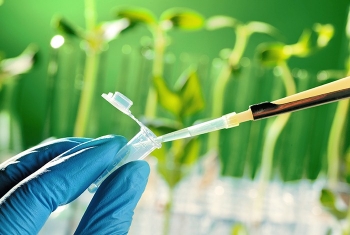 A plant enzyme against Parkinson's

Prof. Asaph Aharoni is an expert in plant metabolomics—the study of the chemical “fingerprint” left by the biosynthetic processes that occur in plant tissues. Using transcriptome analysis–a technique that involves examining the entire collection of RNA sequences in a cell–Prof. Aharoni identified a novel gene coding for an enzyme that catalyzes the formation of L-DOPA—the same compound used to treat Parkinson’s patients. Isolated in red beet root, this new gene was initially believed to serve as “backup” for a gene associated with a tyrosine-based biochemical pathway, where L-DOPA appears in an unstable, and quickly-disappearing form. However, when he “silenced” the well-known gene to examine the newly discovered gene in isolation, Prof. Aharoni discovered that the enzyme encoded by the new gene transforms tyrosine directly into stable L-DOPA molecules. This plant-based reaction generates L-DOPA with far greater efficiency than the synthetic methods used by pharmaceutical companies, and could have significant commercial impact. 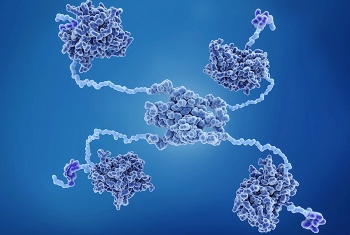 Prof. Moshe Oren—together with Prof. Varda Rotter and Dr. Perry Tal, formerly a postdoctoral researcher in both labs—has demonstrated how mutant p53 might be reformed, and taught to act like the normal protein. They developed an advanced screening protocol that made it possible to search through libraries of small molecules called peptides, and to locate candidates capable of binding to the p53 protein. Indeed, they found that many of the peptides they tested not only bind to mutant p53, they convert it to a state that reestablishes normal protein behavior.  Introducing these peptides into cancer cells in the lab, as well as into animal models of human malignancies, the scientists showed how tumors of breast and ovarian cancer origin shrank and sometimes completely disappeared.