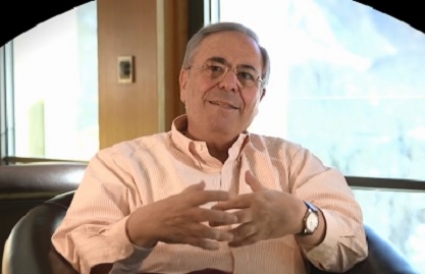 René Braginsky (b. 1949) is a Swiss businessman, philanthropist and President of the Board of Braginsky Family Office Ltd. Together with his wife, he founded the René and Susanne Braginsky Foundation to support social, cultural and educational causes in Switzerland and in Israel. René served as the president of Keren Hayesod Switzerland and also headed the Swiss Society of Friends of the Weizmann Institute of Science.
A member of the Weizmann Institute's International Board, he received an honorary doctorate from the Institute in 2012. Furthermore, he is an Honorary Councillor of ETH Zurich.

Mr. Braginsky owns the Braginsky collection, which has been showcased in Amsterdam, Berlin, Jerusalem, New York and Zurich. It is one of the world's largest and most important private collections of Hebrew manuscripts and printed books.