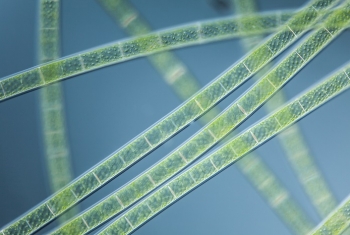 Dr. Einat Segev from the Department of Plant and Environmental Sciences is exploring a unique interaction between the E. huxleyi algae and a microbe that thrives in the surrounding marine environment. Rather than looking at the algae and a virus, however, she focuses on the interplay between the algae and bacteria. She has shown that this complex microbial relationship may be one of the driving factors behind the algae’s incredible growth and rapid bust. The tug of war between bacteria and marine algae leaves traces in the geologic record that she believes could provide clues to our past climate.

When Dr. Segev tried growing algae together with bacteria in a single test tube, the algal growth cycle went into high gear. This allowed her to identify something never known before—not only that algae and bacteria depend on each other, but also that the relationship is ultimately lethal for the algae. She observed that marine bacteria physically attach to algae, and also determined that algae provide bacteria with food. The bacteria “reciprocated” by producing a growth hormone that drove the algal life cycle forward—up to a point. After just a few weeks, the bacteria produced the hormone at a lethal level, ultimately killing the algal host and freeing the bacteria to swim away to attach to an alternate food source.

Dr. Segev is currently preparing a more complex model that, like the ocean environment, includes more than one type of bacteria. Her approach makes it possible to predetermine the temperature at which algal death occurs in the test tube—a capability that may eventually be able to help climate scientists understand the geological record with greater accuracy. 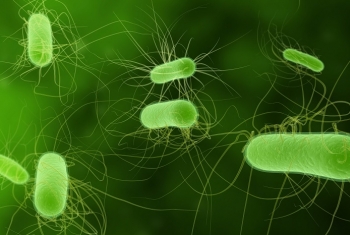 With the global population continually expanding and consuming more and more resources, carbon dioxide—the leading driver of climate change—is being spewed into the atmosphere at an alarming rate. Aiming to help curb this looming climate crisis, Prof. Ron Milo and his research team have begun engineering bacteria to consume carbon dioxide and produce sugar instead.

To do so, Prof. Milo, from the Department of Plant and Environmental Sciences, zeroed in on a process called carbon fixation—the ability of plants, algae, and certain bacteria to “pump” carbon dioxide from the environment, add energy to it, and transform it into the sugars that are the required starting point for life processes. The scientists were able to insert the metabolic pathway for carbon fixation and sugar production (i.e. the Calvin cycle) into the bacterium E. coli, a known “consumer” organism that eats sugar and releases carbon dioxide. Because the main enzyme used in plants to fix carbon, RuBisCO, utilizes a metabolite that is toxic to bacterial cells, the scientists had to precisely regulate the expression levels of various genes across a multistep pathway.

While the bacteria did indeed produce functional carbon fixation enzymes, the machinery as a whole initially proved faulty—the bacteria failed to use carbon dioxide for sugar synthesis, relying instead on an external supply of sugar. To overcome this obstacle, Prof. Milo and his team then designed tanks called “chemostats,” in which they grew the bacteria and gradually nudged them into developing an appetite for carbon dioxide. At first, they supplied the bacteria in the tanks with ample bubbles of carbon dioxide, a large amount of an energy source called pyruvate, as well as barely enough sugar to survive. By changing the conditions of their environment, the scientists were able to force the bacteria to learn, through adaptation and development, to use the more abundant material in their environment. Although results were initially slow, the bacteria were able to survive on carbon dioxide and pyruvate alone after three months.

The ability to reprogram E. coli to fix carbon could provide researchers with a new pathway for improving a basic but essential microbiological process. Although the bacteria currently release the gas back into the atmosphere, Prof. Milo hopes that in the future, these insights might help scientists manipulate microorganisms into soaking up atmospheric carbon dioxide and converting it into stored energy. This tool could also be instrumental in engineering new crops with carbon fixing pathways, to ensure higher yields and improved adaptability. 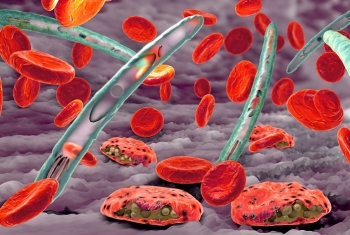 Malaria is the most devastating parasitic disease in humans, with hundreds of millions of clinical cases and nearly half a million deaths per year, predominantly of children under five years old. The causative agent of severe malaria is the single-cell parasite Plasmodium falciparum, which invades red blood cells and blood vessels. Despite decades of persistent effort, an effective malaria vaccine is still elusive due to the very high heterogeneity of malaria parasites. Moreover, because existing drugs are vulnerable to the emergence of drug resistance, there is a pressing need for new therapeutic options. Dr. Neta Regev-Rudzki, from the Department of Biomolecular Sciences, is working to combat this evasive and deadly parasite by studying its basic biology.

Dr. Regev-Rudsky and her collaborators have recently identified precisely how the parasite manipulates the human immune system to work against itself. In a study published in Nature Communications they demonstrated that the parasite is even more conniving than previously thought. They showed that not only does Plasmodium falciparum hide from the body’s immune defenses, but it also actively deceives the immune system itself.

Working with Prof. Andrew G. Bowie of Trinity College Dublin and other researchers, Dr. Regev-Rudzki and her team found that the parasites use their unique communication abilities to deliver misleading messages to the infected person’s immune system. Within the first 12 hours after infecting red blood cells, they dispatch DNA-filled nanovesicles—tiny sacs containing small segments of the parasite’s DNA—that penetrate monocyte cells. While monocytes normally serve as the immune system’s first line of defense and alert other immune mechanisms to mount a response, the nanovesicles convert these cells into decoys. The immune systems busies itself defending the host against fake danger, as the real infection proceeds inside the red blood cells, enabling the parasite to multiply unhindered.

Dr. Regev-Rudzki’s team has identified a key molecular sensor, a protein called STING, which becomes active when the parasite’s nanovesicles penetrate monocytes. STING is responsible for delivering the fake alert to the immune system, manipulating it into assuming that its monocytes are in danger. However, when the researchers “knocked out” the gene that manufactures STING, the chain of molecular reactions generating the misleading message was interrupted. By interfering with this subversion of the immune system, scientists may be moving one step closer toward developing methods for blocking malarial infections.