Accessibility
Disclaimerclose
All years
All years202120192017 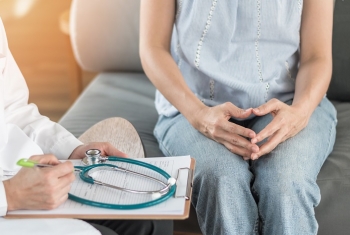 A factor in ovarian cancer onset

The most common and deadliest type of ovarian cancer is high-grade serous ovarian cancer (HGSC). A study co-authored by Prof. Moshe Oren of the Department of Molecular Cell Biology—in collaboration with colleagues from the University of Pennsylvania and elsewhere—reveals the identification of an early event in the development of this disease. The scientists found that the loss of a molecule called RNF20 promotes the expression of IL6, a protein that plays a part in the migratory capacity of aggressive cancers. These findings may eventually contribute to novel strategies for the early diagnosis of high-grade serous ovarian cancer. 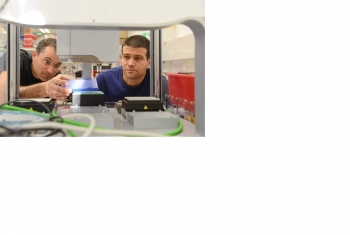 A major challenge facing multiple myeloma patients and their physicians is that the disease often persists in a pre-cancerous stage for an indeterminable time. Now, the Immunology Department’s Prof. Ido Amit, together with Prof. Amos Tanay of the Department of Computer Science and Applied Mathematics, has developed a “Big Data” method that makes it possible to use single-cell RNA sequencing of blood and bone marrow to identify a very small number of malignant cells in multiple myeloma’s pre-malignant stage. The researchers anticipate that this technique will lead to improved diagnosis of sub-populations of patients, allowing physicians to target aggressive care to those patients at highest risk, while reducing unneeded treatment for low-risk patients. 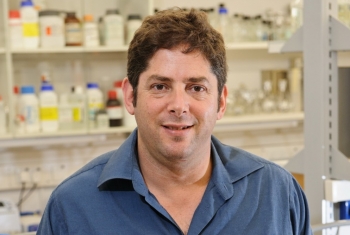 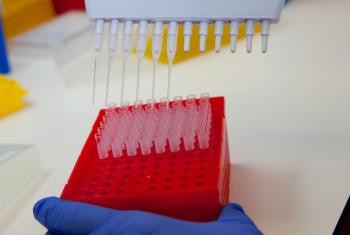 Dr. Itay Tirosh, a member of the Department of Molecular Cell Biology, is a computational systems biologist who is enhancing the range of medically-significant data that can be derived through the use of single-cell genomic techniques.  Specifically, he has pioneered the application of single-cell RNA-sequencing to solid human tumors in melanoma and glioblastoma—an aggressive form of brain cancer. His advances are making it possible to better characterize complex interactions between heterogeneous populations of cancer cells within tumors on the one hand, and diverse type of immune cells on the other.  Dr. Tirosh’s work is contributing to advances in personalized medicine, an approach that will someday give doctors the data needed to match the best treatment to each individual cancer patient.

Dr. Tirosh, who completed both his MSc and PhD at the Weizmann Institute, returned to campus to join the faculty after completing postdoctoral research at the Broad Institute of MIT and Harvard. 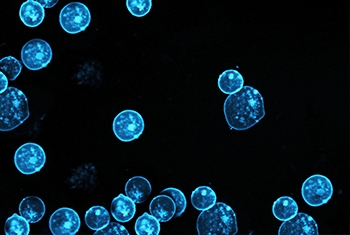 Dr. Liran Shlush,of the Department of Immunology, combines single cell technologies, advanced sequencing technologies, and stem cell biology while trying to understand what triggers the evolution of leukemia in its earliest stages, in order to advance early diagnosis and treatment of this disease.

One recent study by Dr. Shlush aims to define novel concepts in somatic evolution. Cancer is the end product of somatic evolution, where cells acquire mutations over time and change their phenotypes. While classic evolution is focused on genetic changes to DNA, Dr. Shlush hypothesized that in the short period of leukemia evolution, the mutation rates are too low to account for the massive phenotypic diversity. Accordingly, Dr. Shlush and his team are exploring the epigenome and RNA as evolutionary units. For the first time, they have evidence that mature, old red blood cells (RBC) include RNA, despite not having a nucleus or DNA. Their RNA could be stable, replicated from an RNA template, or absorbed from the environment. In any case, these findings suggest that RNA can serve as an evolutionary unit that can shape somatic evolution. They are also studying, in collaboration with the lab of Prof. Amos Tanay in the Department of Computer Science and Applied Mathematics, the rate of epigenetic mutations in these cells to see whether changes in methylation can shape somatic evolution in preleukemic cells.